Drug Sniffer is a virtual screening (VS) pipeline capable of screening billions of molecules using only thousands of CPU hours, using a novel combination of ligand-based (LBVS) and structure-based (SBVS) methods.

The pipeline requires the user to identify the structure and pocket of the target protein (stages 1 and 2). These stages are completed manually by the user.

Then, the pipeline begins by designing multiple de novo ligands for the identified binding pockets (stage 3). Next, it uses these ligands as seeds to identify similar compounds from a small-molecule database (stage 4). The resulting neighbors are then subjected to rigid-body docking (stage 5) and re-ranked with a new scoring model (stage 6).

The Drug Sniffer pipeline has been implemented as a Nextflow workflow. Each stage has a corresponding script and Docker image that are used to execute the computations contained in the stage.

Code can be found on GitHub.

See the Usage guide for details on how to run Drug Sniffer. 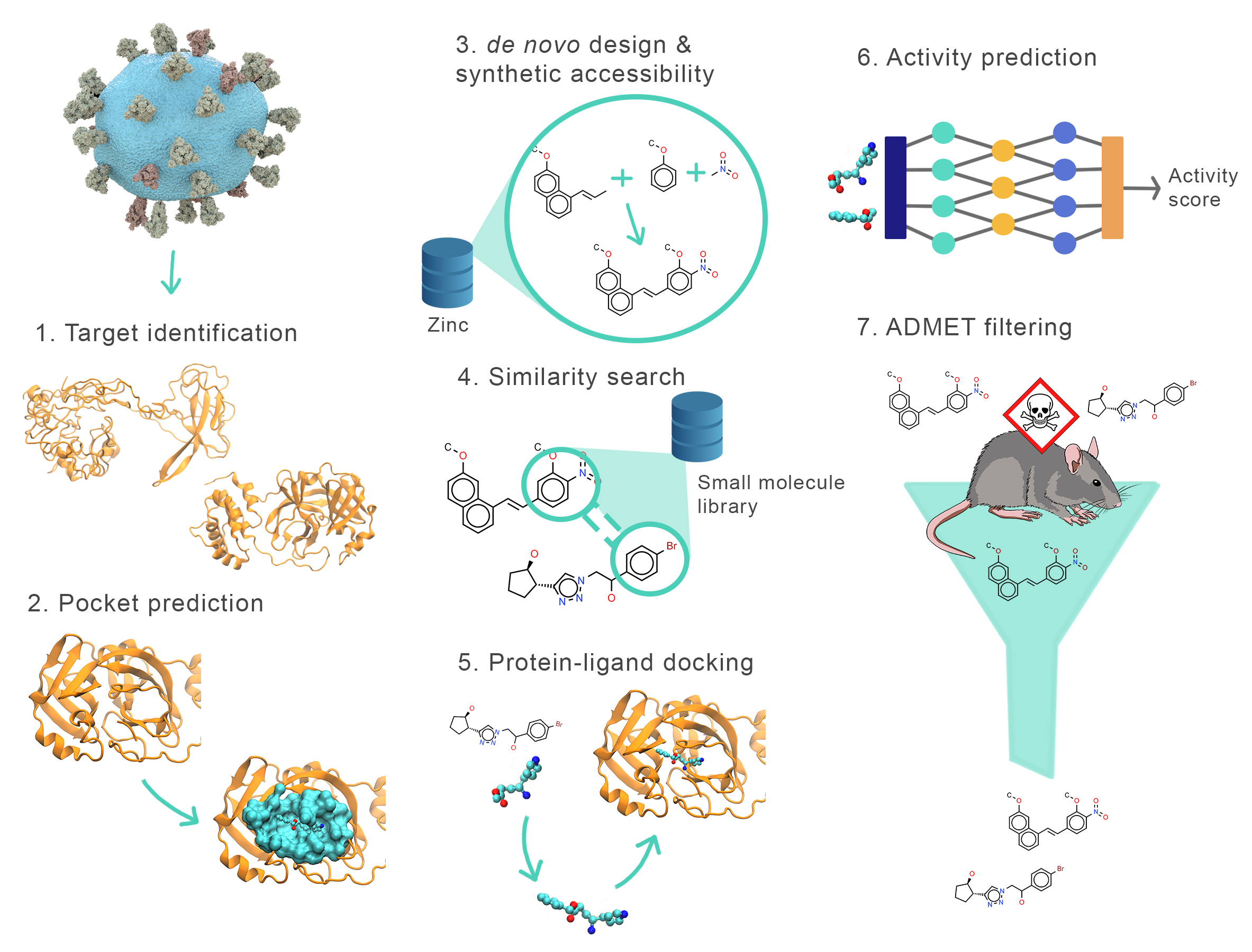 This research was supported in part by:

The Drug Sniffer software was developed by the Wheeler Lab at the University of Montana, along with other collaborators.